For some of us, it’s easy to focus on the 10% others do wrong instead of focusing on the 90% that they do right.

Unfortunately, what you focus on tends to get bigger. I believe a common reason people fall into the trap of focusing on the 10% deficiency is because that person is making them look bad.

This is especially common in the parent child relationship. The parent feels their child’s actions are a direct reflection on them. Basically, “You make me look bad.”

This was one I struggled with for a long time as a parent.  It boiled down to I was more concerned about what others thought of me.  I felt like my kids actions short of perfection reflected negatively on me.  It was not only selfish, I cheated my kids out of some valuable growth experiences.  If the truth be told, I probably added some scars to their souls as well.

The Bible flat out warns us not to go there.

Ephesians 6:4 “Fathers, don’t exasperate your children by coming down hard on them. Take them by the hand and lead them in the way of the Master.” msg

What helped me to get over this, was when it happened to me.  It’s probably happened to you too.  I’m sure you can think of examples of when someone, a parent, a spouse, a boss, tended to focus on what you did wrong and never or rarely praised for what you did right.  What happened? I bet you felt defeated, or maybe it made you angry? Or, worst of all, did it make you want to give up?

Now, a little heart check, do you do to others what you hate having done to you?

I’m not advocating overlooking positive correction, but I’m recommending in all your relationships you focus far more of your energy on encouraging others in what they do right.

Proverbs 12:25 tells us, “Anxious hearts are very heavy, but a word of encouragement does wonders!” TLB

We all have enough sources telling us everything we do wrong. The really great thing is when we focus on the 90% right, the 10% usually self corrects. So make a choice to affirm what others do right daily and tell them. 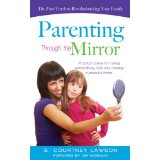